You are here: Home1 / alpharetta painters

Summer is not officially here according to the equinox, but we’ve past Memorial Day and that means summer in Georgia.  This summer, GreenWave Solutions is going to offer exclusive Alpharetta house painting specials!

Alpharetta, one of Atlanta’s most affluent suburbs, has wide open spaces blanketed with subdivisions full of beautiful homes.  Many of these houses are between 10-20 years old and need the attention of GreenWave Solutions Alpharetta painters.

Exterior house painting is a simple and inexpensive way to preserve and maintain the beauty of your home.  It starts with a thorough pressure washing to remove dirt, debris and other surface contaminants.  After pressure washing, we will perform any carpentry and replace rotten wood or siding.  Then we prepare everything for painting.  This includes caulking gaps and joints, scraping peeling painting, priming bare areas, filling holes and patching imperfections.

Once the house is ready, it time to paint it.  GreenWave Solutions applies exterior coating using professional paint sprayers, just as the manufacturers recommend.  Spraying applies a thicker, smoother coating which translates to a longer lasting job for our clients.  Don’t be fooled by the “we do all work by hand” line.  It may sound good, but machines do better than humans when operated by a skilled professional.

Why do we use bulldozers to move dirt instead of using 300 guys with shovels?

At this point, we are almost done beautifying your home.  We perform quality inspection walk through with our client and project manager.  At this point, we fix any touch ups and tie up all loose ends.

Finally, we clean up and leave our job site how it was when we got there; except of course for the magnificent, freshly painted house.

This isn’t the only way to perform exterior painting in Alpharetta, but it is the way that GreenWave Solutions has a nearly perfect customer satisfaction record.

Our 15% off discount applies to all residential projects costing $1500.00 or more and includes: 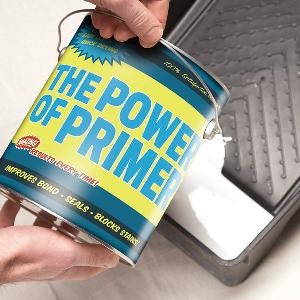 If you have ever been into a paint store you probably heard something about primers.  Whether you were asking about how to paint something or reading informational pamphlets, you learned that primers are important.  When talking to clients, I realize that “normal” people don’t know the exact definition of primers.  This article will help correct that.

What does a primer do?

Prepares a substrate to accept a top coat.

This is a short but vague answer.  A better answer is extrapolated when another question is asked.

What do you need the primer to do?

Answering this question will better define for what primers are used.  There are many different types of primers, each having a different purpose.  Here are some common applications for primers.

This concludes primers 101.  If you have more questions, email us using our contact form.

We are the best painters in Atlanta. 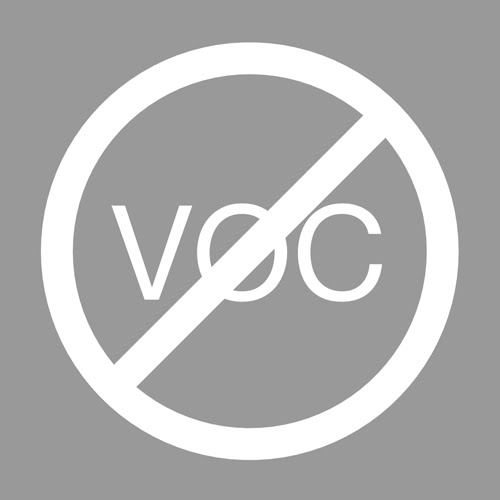 These compounds are organic chemicals with low boiling points.  Because of the low boiling temperatures, these chemicals convert into a gaseous state in normal conditions.  They typically are toxic and flammable.

Here is an everyday example of what this means.  Water has 3 states; solid, liquid, and gas (please don’t comment about plasma).  Water is solid at 0 C and below, liquid between 0-100 C, and gas at 100 C and above.

Instead of water, let’s look at toluene.

Instead of the vapor pressure of 100 C, toluene’s is 25 C.  This is cooler than room temperature.  Because of this a bucket of toluene will emit vapors in cool temperatures.  Unlike water, these vapors are toxic to humans, animals, plants, and the ozone layer.  Toluene is a solvent common to many industrial coatings and epoxies.

Why are the VOCs in paint?

Paints contain VOCs because of the chemicals that act as the paints solvent.  Solvents keep paint in liquid form until you use it.  That is why paint smells while it is drying and then stops smelling.  The fumes come from the solvents leaving the paint.

The reason that so many paints use toxic solvents is because that is all that technology had allowed for a long time.  Paints that used water as a solvent, like acrylics and latex, were not so durable as paints that used MEK, lacquer, and stronger chemicals as solvents.  This is just one of those “life isn’t fair” things like “why is the most delicious food the least healthy?”  God has a twisted sense of humor, I guess.

The good news is that scientific advances have made acrylic resins compete as good as their more toxic counterparts’.  By replacing the resin package, scientists are able to make awesome paints that use water as the solvent.  That is how paint manufacturers develop “0-VOC” paints that perform better than VOC heavy coatings.

This “How To” article is easier than wallpaper removal or popcorn removal.  We are going to learn how to paint a bathroom.  When painting a bathroom, the most important decision is what type of paint to use.

Bathrooms are unique rooms because they are high traffic and wet conditions.  The paint in bathrooms must be durable enough to withstand the traffic, but also water-resistant to stand up against steam from showers.  The simplest measure of determining durability of interior paints is sheen.  The higher the sheen, the more durable the coating.

In the old days, satin was the “go to” finish for baths.  Satin has lower sheen than semi-gloss but is more durable than flats.  With the advance in coating technologies, manufacturers have developed “washable flats” and matte finishes.  Washable flats and matte finishes have an angular sheen closer to a flat with durability that surpasses semi-gloss.  These finishes are typically reserved for premium quality lines of paint.  All major manufacturers have this finish as part of their product line.

Matte finish paints apply the same way as other those with other sheens.  Due to the high quality nature of these paints, they usually apply better than other paints.  Many have exceptional hide and are self priming.  GreenWave Solutions uses Sherwin Williams’ premium lines Duration Home and Emerald.

After you have chosen which paint you are going to use, it’s time to start painting.

To see how professional contractors do interior painting, see our “How to paint a room” article.

The easiest way to paint a bathroom or any other room is to hire a house painting contractor.  GreenWave Solutions has been Metro Atlanta’s premier painting company for over 8 years.  We specialize in interior painting, exterior painting, and all other residential and commercial painting.  Our goal for 2012 is to be the best painters in Alpharetta.  Our service area isn’t limited to Alpharetta.  We service Roswell, John’s Creek, Milton, Dunwoody, Sandy Springs, Buckhead, Brookhaven, and most major Atlanta suburbs.

By: GreenWave Solutions, the best house painters in Alpharetta.

Connect with Alpharetta Painters on Google+

GreenWave Solutions would like to tell the residents of Alpharetta that we are serving the Alpharetta area.  This means that Alpharetta now has access to the best painting company in Georgia.  Our Alpharetta house painters are the same skilled and experienced professionals that has made GreenWave Solutions one of the most trusted names in painting during the last 6 years.

Connect with Daniel on Google+